Once Upon a Time IV Challenge 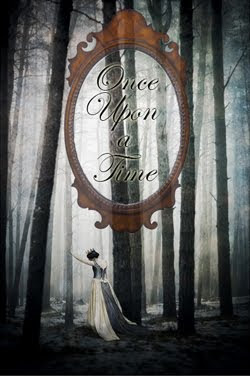 I found a new reading challenge to join while visiting Sam's Book Blog! It's the Once Upon a Time IV Challenge and is hosted by Carl of Stainless Steel Droppings.

Another challenge? Why yes. And here are my reasons why:
One. Once Upon a Time and Happily Ever After. Pretty self explanatory there.

Two. I was instantly struck and drawn to the beautiful, near haunting artwork used for the Once Upon a Time challenge image. The original artwork by Melissa Nucera is titled The Queen. It's beautiful, oui? The host of the challenge sought the permission of the artist and altered the original artwork to include the challenge logo within an ornate frame. It's almost ethereal ... but not quite, because it's a little too melancholy, dramatic, and maybe even too dark to be considered ethereal. I love the depth of emotion that's conveyed in the art. I really get a sense of story from The Queen. It also stirs the senses, I think. I can imagine what the forest smells like, sounds like, and even feels like. I would think we would be able to see the queen's breath mist the air if she were turned toward our direction. I wonder, are her eyes be rimmed red from tears or would they be glittering with anger and frustration? Or perhaps both.

Check out more of Melissa's artwork on her website at January Wish and at her Etsy store, This Years Girl.

Three. When I went link hopping and made my way over to Melissa Nucera's website, low and behold, there was a recebt interview that Melissa conducted with romance author Lori Brighton, whose debut novel, Wild Heart, I read, enjoyed and reviewed in January. It was a sort of serendipitous thing to happen upon.

Four. This reason is very obvious. I love to read fantasy, folklore, fairy tales and mythology. I have several books of these genres already on my bookshelves not to mention several more that I want to get my hands. Of course the stickler for me with this challenge is that this it runs only for the duration of spring in the northern hemisphere, so I'll have to read and review my challenge books between now and June 20th!

Carl has the challenge broken down into different quests based on your reading preferences. I chose to do Quest the First which simply requires the participant to read five books from any one or more of the four genres. I think I can do that. I have so many books to consider for this challenge....

If you have a favorite fantasy, folklore, fairy tale or mythology novel that you could recommend, I'd love to hear about it!

Edited to Add: June, 20, 2010
Visit the post Once Upon A Time IV Reading Challenge COMPLETE to see the list of books I read to meet this challenge. :)
Posted by Christine at 6:30 PM