It has been three weeks since my last post! Yikes! I'd love to tell you that I've been busy doing something amazing like traveling the world... or something extremely productive like painting my house, cleaning out the basement or doing my taxes (Ouch!...), but sadly that's not the case. I think I'm just a lot better at visiting everyone else's blog than posting my own stuff. But I have read some really fantastic books since my last post, and really need to write some reviews. I hope to crank them out over the next few days, but don't hold you're breath! I'm an expert procrastinator. EXPERT. E.X.P.E.R.T.
Anyway, I saw something like this a few weeks ago on someone's blog and thought it was so creative. I forgot who it was, or I'd give them credit.
See if you can figure out what I'm doing tomorrow afternoon:

How my votes matched the AAR 2008 Reader Poll Results

I was inspired by Rosario at Rosario's Reading Journal to post how my votes matched up to the results of the AAR Reader Poll that took place earlier this year. I'm sure those of you who voted in the AAR 2008 Annual Reader Poll have already checked out the results. If not, you can find them here. Its a fun way to check out which books are most popular (or unpopular) in different romance categories. I do take this poll lightly, though, because I'm not terribly confident in the scientific methods used to collect the data. But then again, since seven of my votes actually contributed to some wins, there's got to be some validity to it all! ;o)
Here are the seven categories for which my votes counted toward a win:
1. Strongest Heroine: Eve Dallas, Creation In Death, by JD Robb
The funny thing about this vote is that I have only read the first three books in this series (A fabulous gift from my dear friends Samantha and Denise! Thank you!

) and just this winter, too! LOL But I knew right away that Eve is the strongest heroine I've read and that her character would grow throughout the umpteen books ahead of me, but deep down she'll always be strong woman she is... that would never change. So I voted for her! And she won! :)
2. Best Cabin or Road Romance: Driven by Eve Kenin
3. Best SF/Futuristic Romance: Driven by Eve Kenin and Games of Command by Linnea Sinclair.
I voted for Driven... haven't yet read Linnea's work yet. But I will! :) ... and I already predict that Grimspace by Ann Aguirre will win this category for 2008. ;)
4. Best Romance Short Story: "Beat of Temptation" by Nalini Singh, Enchanted Seasons
5. Romance Author You Gave Up On in 2007: Sherrilyn Kenyon
I will read and buy her books up until Ash's book this August. After that, I'm not so sure I'll continue with her Dark Hunter series. The Dream Hunter and Once Upon a Midnight Clear were so hugely disappointing for me. Especially the latter.  And I have Dream Chaser on my shelf, but am too scared to read it.  Anyone read it yet?
6. Least Believable HEA in a 2007 Romance: Vishous & Jane, Lover Unbound, J.R. Ward.
I mean, really... that HEA was bad. I think this category was invented *just* so there would be a category for Lover Unbound. Seriously.
7. Purplest Prose: Gideon by Jacquelyn Frank.
Thank goodness Elijah had a better plot, better sexual tension, more sex, a couple of good fight scenes and some decent suspense. Otherwise I might have given up on the Nightwalkers altogether. I will probably read the next two books, Damien (just because I think he's the most powerful character of this series) and Noah (because I've wanted to see him with an HEA since the first book.). But after those two books, Frank will have to come up with something powerful to move me to read more of her work.
Sugar Daddy by Lisa Kleypas, which I really loved, won for Best Chick Lit /Women's Fiction. I actually voted Sugar Daddy for best Contemporary Romance. This is a perfect example of why I take this poll with a grain of salt. What exactly is the difference between these two categories? Perhaps some reader votes were categorized and then not counted because of similar misinterpretations between categories.
Two authors I would have loved seeing placed in this poll are Meljean Brook and C.L. Wilson.
I mean.... Lilith people! How could Lilith not have gotten an award? LILITH! Sheesh. Well, I'm going to give her an honorary award.
*insert drum roll here*
Most KickAss and Entertaining Heroine:
Lilith Milton, Demon Angel, Meljean Brook
One more thing. If His Kiss Is Wicked by Jo Goodman won for Best Romance for 2007 and Best Buried Treasure for 2007. So for those of you who have read it... what am I missing?
Posted by Christine at 9:03 PM 21 comments: 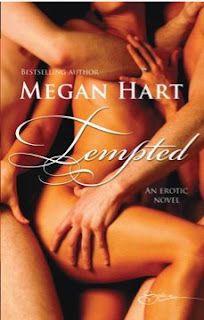