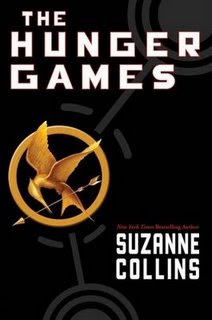 The Hunger Games is a young adult novel by author Suzanne Collins that takes place in a future country called Panem in which the government strongly controls the industry in each of its thirteen districts and in essence also controls the prosperity of its people. In order to deter its citizens from rebelling, the government, also known as the Capitol orchestrates The Hunger Games every year in which a teenage boy and girl from each of the currently existing twelve Districts are drafted by lottery to fight to the death until there is a sole survivor in a nationally televised performance. The Hunger Games is a game of survival in the most brutal form as supplies are minimal and the arena is a vast, yet enclosed and controlled environment designed to challenge the players survival skills and force battles to the death between the players, or tributes as they are called. The winner of The Hunger Games is awarded an easy life at home, including ample food for his or her entire District for a full year.

The Hunger Games is told from the first person point of view of Katniss Everdeen, a sixteen year old girl from one of the poorest districts in Panem--District 12, the coal miners. Katniss' father was killed in a mining explosion several years prior, leaving Katniss, her sister Prim, and their mother to fend for themselves. At the time of her father's death, Katniss' mother fell into a serious depression, and Katniss was the one who took care of them, saving them from near starvation. She took to sneaking out of boundaries to hunt, gather roots, berries, leaves and other edible plant foods where she met a boy named Gale. Now they hunt together and sell or trade their catches in the market to support their families. Not only are the hunting partners, but they are also best friends who border on something more.

When officials come to District 12 to conduct the lottery for the Hunger Game tributes, Katniss' twelve year old sister Prim gets selected. Without hesitation, Katniss volunteers to take her place--an event so rare as being a tribute, especially one from the poorest district, means almost certain death. Katniss is then whisked away to the Hunger Games Arena in an undisclosed area in the Capitol along with fellow District 12 tribute, Peeta Mellark. The Hunger Games are a brutal and disturbing example of government control and the heroine Katniss is forced to not only rely on her survival skills, but also her wit, intuition and morals as she is faced with the constant question of friend or foe, fight or flee.

The Hunger Games is a powerful story about government control, desperation, and survival. It also exemplifies how individuals have the power to demonstrate their disdain for government controls or force of hand. However, there are a few conditions that could have been better explained, such as why the districts had rebelled against the Capitol years ago that lead the the Hunger Games in the first place. Also, how is it exactly that nationally televising a fight to the death of twenty four teens from around Panem would keep the masses in control and in fear of rebelling against the government? I imagine the politics of Panem will be explored in more depth in the sequels, but I felt a bit of elaboration in this novel would have better supported the value of the Hunger Games as a true deterrent to rebellion.

The Hunger Games is an intense and often violent, yet thought provoking story that shouldn't be missed. The plot is not terribly complex, yet is imaginative and keeps the reader completely engaged in Katniss' fight to survive from the very first page to the very last. Katniss is a strong heroine who knows how to survive under the most difficult situations, she follows her intuition, and she's resourceful. While she still makes mistakes, she is determined to not go down without a fight at least for her sister's sake.

The Hunger Games is a heart racing, blood pumping kind of story that makes the reader think about government, war, and even the equal distribution of basics such as food and medicine for all.

Grade: A
Other reviews:
DarlingDiva at The Things That Make Me Happy
Jia at Dear Author
Posted by Christine at 3:42 AM