Sorrow, like songs, is never the same. ~Grace Frawley 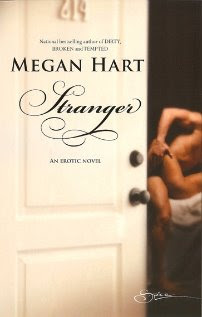 Grace Frawley is the funeral director of Frawley and Sons funeral home, a long time family business that she recently took over from her father. Grace has been working hard at filling her dad's shoes in the business and also making small changes and improvements in order to keep a competitive edge in the business. She's diligent with her business responsibilities, and also very patient and compassionate with her clients all of whom are in varied states of emotional distress. Constantly exposed to people losing and grieving for their loved ones, Grace has decided to live her life without the risk of suffering those horrendous losses for herself. She doesn't want anything to do with marriage, or even boyfriends, so Grace hires escorts for dates and often, if not most times, for sex.

Regularly using an escort service and paying for sex is Grace's deepest kept secret and suits her just fine. Grace prearranges her dates with the escort agency with specific instructions on where she'd meet her escort and includes the pretense under which they would meet and proceed to a private place for sex. Her sex life is exciting and satisfying, and most of all, she's safe from the emotional attachment of a relationship that inevitably ends in loss and pain. Until the night, that is, that Grace signed up with the agency to pick up a stranger at a bar and proceed upstairs to a room for sex, and she hooks up with Sam Stewart instead. It isn't until after Grace leaves Sam's room after a night of hot, passionate, unforgettable sex that she checks her voicemail only to find out her hired escort missed their date and she picked up the wrong stranger. Or is he the right one?

Once again, Megan Hart has written an otherwise straightforward story of a young woman who avoids romantic relationships, and transformed it into a thought provoking, insightful story of self reflection and discovery that is perfectly layered with dramatic realism and sensuality that is simply unforgettable. Right from the start, the reader learns that Grace pays for sex because she doesn't want the emotional entanglement and the inevitable pain and loss that follows when either the relationship fails or worse, when the one you love dies. But why does she go to such lengths to avoid relationships? What really makes Grace Frawley tick? Can the right man make her change her ways? Is the joy of love worth the risk of losing that love? All of these questions are explored through this riveting story told from Grace's point of view as she struggles to keep her emotional attachments in check.

Grace sincerely believes she's doing the best thing for herself by remaining emotionally detached from any guy she goes out on a date with or has sex with. Her confidence in this arrangement, though, begins to falter both with her regular escort Jack and even more so when Sam shows up in her life again after that fateful night of picking up the wrong stranger. The pace at which Grace allows herself to become emotionally involved with a man after having such resolute feelings on the matter is realistic and convincing. I liked that she struggled with allowing herself to love someone until practically the very end when it was almost too late. I liked that she learned that decisions about love aren't just about herself, but about the other person, too.

Stranger was released on January 1, 2009. Visit Megan Hart at http://www.meganhart.com .
Posted by Christine at 2:13 AM