*sitting in the audience ONLY. ;)

My husband got a hold of four tickets for the live taping of the X FACTOR Auditions for the New York Metro. So last night I took my sixteen year old daughter and two of her friends to the show. It was a lot of fun, but such a loooooong evening. We left home at 4 pm, picked up the two friends and were parked by 5 pm or so... but then waited in line outside the arena in 95 F (35 C) temps for the doors to open, barely tolerating obnoxious people. I mean really. Why can't adults behave like adults and not cut the line? We've been out of elementary school for at least a decade by now--more like two or three decades. Plenty of time to learn that cutting the line is rude, disrespectful and just plain wrong! I was getting a bit testy, I have to admit. Anyway, the doors finally opened and we got to sit in the air conditioning and wait some more for the auditions to start. Finally, the show got underway near 7 pm.

Out of the 20 or so contestants that auditioned last night, there were maybe four who stood out as potential final contestants, although a handful more than that got call backs. When one particular contestant came out, my daughter says, "I think I know that guy!" Turns out a boy from her high school made it to this level of audition cuts. He apparently kept it pretty quiet at school. His performance was pretty good, but not quite good enough to make it past the judges. My daughter and her friends were so proud of him. Not just for making it that far, but he had some positive and inspiring things to say in his little "interview" with the judges about working hard, not giving up and discovering your strengths. That was nice.

The judges last night were Simon Cowell, Paula Abdul, Nicole Scherzinger (She's got that new sexy single out, "Right There" featuring 50 Cent. It's blatantly sexually suggestive, so consider yourself warned if you've got little kids within earshot ;) and music producer L.A. Reid. It was a lot of fun listening to the four of them talk amongst themselves, to the contestants and the audience. There's significantly more dialogue exchange that goes on at the tapings that never make it to the final cut that gets played when the show is actually broad casted. The final contestant walked off the stage at 11 pm or so and the girls and I chatted about the night the whole ride home. I think we had a pretty fun night! :)

Now for my library loot! I stopped by a neighboring library specifically to pick up this month's book selection for the Author's by the Alphabet book club and got majorly sucked into browsing the cookbook section. I couldn't believe how many cookbooks this library shelves! I had to fight myself not to grab a dozen more and came home with only five. I can just borrow more when I return these, right? Three Wishes: A True Story of Good Friends, Crushing Heartbreak, and Astonishing Luck on Our Way to Love and Motherhood
by Carey Goldberg, Beth Jones and Pamela Ferdinand

This is memoir type book that accounts three single friends and career women who journey to motherhood. 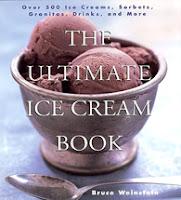 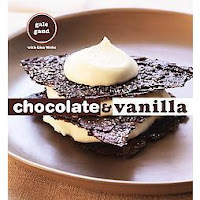 No explanation necessary for these two books, right? Thought so. ;) 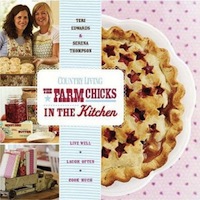 I couldn't resist this book's simple country farm kitchen appeal. Simple, classic country recipes and adorable craft ideas. If you like country life and antiques, the Serena Thompson has a sweet blog at Farm Chicks.

I also got Hungry Girl Happy Hour and Great Food Fast , both not pictured.

I'm not crazy about the drink recipes in the Happy Hour book because they call for a lot of very artificial ingredients like powdered jello, juice mix and artificially sweetened and flavored syrups. Not really my thing. Great Food Fast is a compilation of recipes straight from the Every Day Food magazine, which I have been subscribing to for many years and I was just looking for recipes that were published in issues prior to starting my subscription. It's a great cookbook, though. I encourage you to look for it at your library. Love the magazine, too.

It's literally 100 degrees F outside today and due to the extreme heat, schools were actually dismissed early today! That's only happened one other time in the eleven years I've had a child in school. While it is expected to cool off a bit by tomorrow, temperatures are expected to be in the mid 90s F for the next several days. I'm thinking making some homemade ice cream from The Ultimate Ice Cream Book is in order. Perhaps homemade strawberry ice cream...