We spent several hours exploring the nearby Thomas Edison National Historical Park today. While I knew Thomas Edison (1847-1931) spent a large portion of his life right here in New Jersey, I never visited his laboratories or estate until today. Both his laboratories and his estate have been kept in near the exact same condition they were when fully functional, including the furniture and decorations in his home as well as all kinds of machinery, equipment, materials and chemicals in his labs.

Thomas Edison is one of America's most impressive inventors and is most famous for inventing the light bulb, the phonograph, and the motion picture camera. These three inventions are incredibly impressive and have had a tremendous impact on the industrialization of the world. In addition, Thomas Edison was a scientist and business man. He researched, experimented, manufactured and sold many inventions. He was just as much a businessman and entrepreneur as he was an inventor. He lead such a productive, accomplished life.

I enjoyed learning more about history that was made in my local area, but I also had a lot of fun simply taking photos of Edison's laboratories, factories, and home. I took 145 photos but these are my favorites. Not all of them are an enlightening representation of all the ingenuity that went on at Edison's laboratories, but they're photos that pleased me for some reason or another.

I love the look of these old bottles on the shelves. 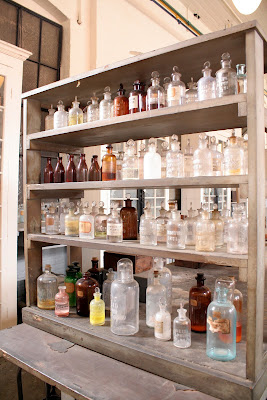 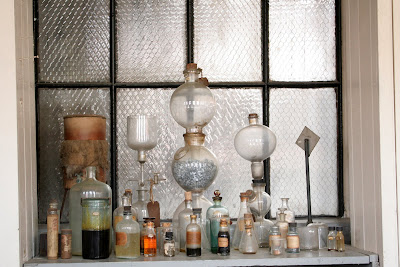 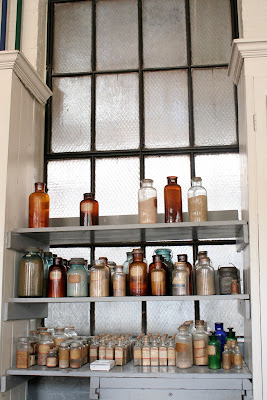 Of course I had to photograph the bookshelves! 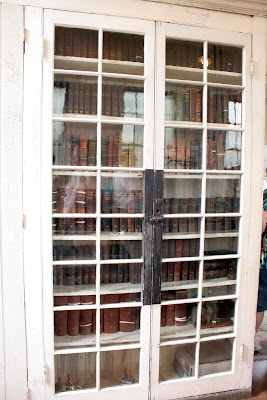 After the chemistry laboratory, we went into the factory where Edison's inventions were manufactured and mass produced.

In addition to the factory areas where production took place, the factory also housed a music room, drafting rooms, photography rooms, stock rooms, and even a library.

The library was at one end of the factory and went up three stories. The woodwork was stunning, as were the number of books. He thought of everything. Even a cot within an alcove of books. Looks like a perfect spot for a nap, doesn't it? 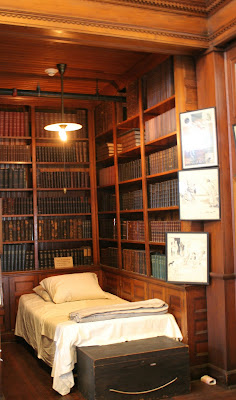 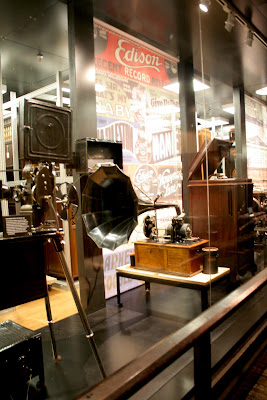 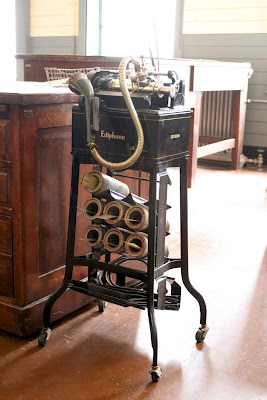 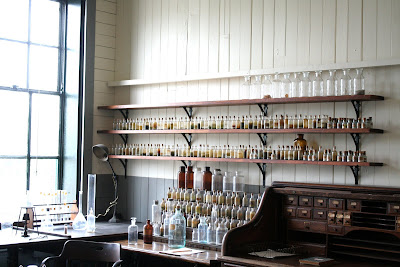 Buckets of sand for extinguishing fires in the machine shops. 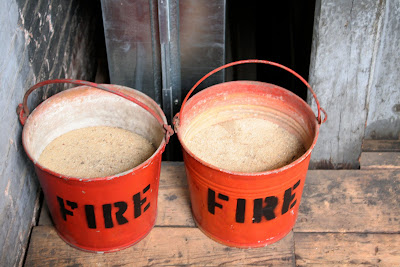 A chart of decimal equivalents. 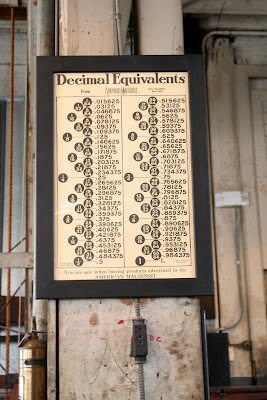 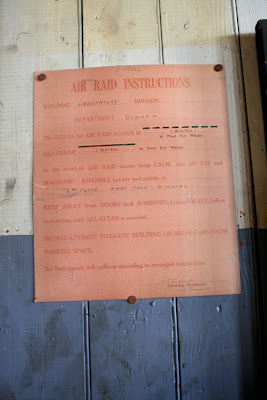 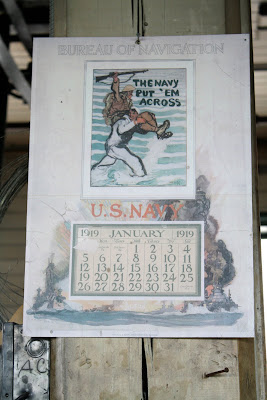 The world's first talking doll was invented by Thomas Edison in 1890 with a miniature phonograph inside it. 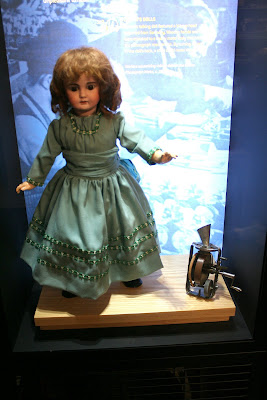 A desk in the photography room. 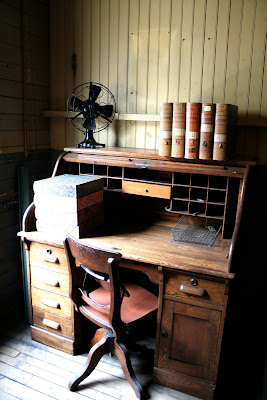 Thomas Edison's Estate called Glenmont. There was a stage set on the lawn in front, I believe for a special event held there just yesterday for Thomas Edison Day. 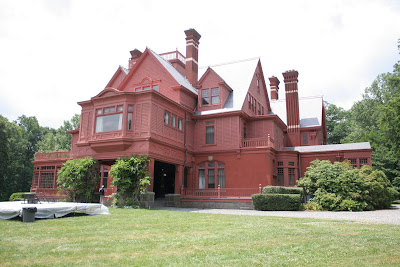 I am very grateful Edison invented the lightbulb... but I'm also pretty darned grateful for whomever it was who invented the automatic washing machine! These sinks are in the laundry room of the estate. I imagine one is for scrubbing the clothes, one is for soaking and one is for rinsing? I'd be doing laundry all day long! 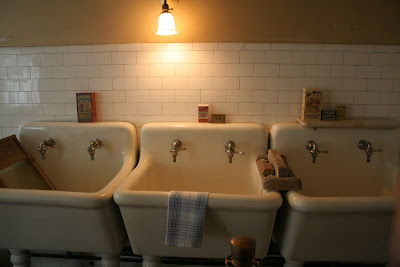 I couldn't resist taking a photo of the simple roses outside the home. 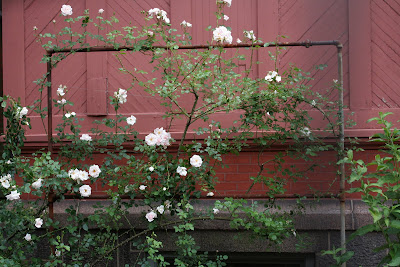 What are some historical landmarks near you?
Posted by Christine at 11:50 PM