One of my favorite things about summer is backyard campfires. Actually, I love campfires any time of the year, but especially in the summer.
Every night this week, I offered to light a fire in the chiminea on our patio out back to make s'mores had have been turned down every time by my daughters.
Until tonight!
I gathered the matches, graham crackers, chocolate bars and of course, the marshmallows and headed outside with one daughter in tow. I got the fire lit with just one match... a personal challenge of mine. In a matter of seconds, the fire was roaring away. Well, as much as a fire in a backyard chiminea on the patio could roar, anyway. 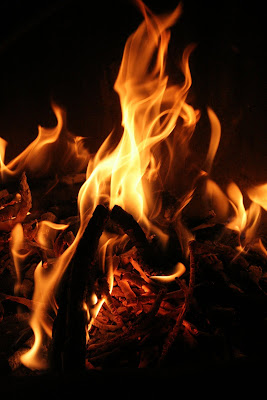 It was only a matter of minutes before we had some nice hot coals to toast some marshmallows over. 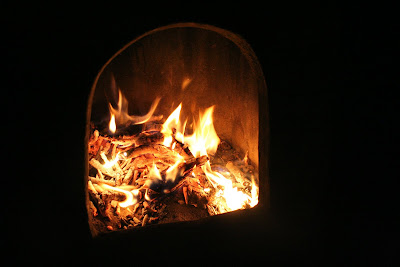 A toasted marshmallow on the end of a stick is such a happy thing, don't you think? 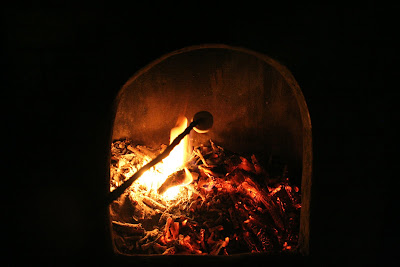 The flames subdued rather quickly and the coals were glowing hot and beautiful. I love how you can literally see the heat move in waves within the coals. 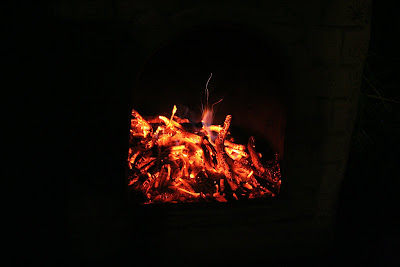