It's been weeks and weeks since I last posted my library loot. The books I've listed here have been borrowed from three different libraries at various times over the last several weeks--except for the last one listed that I just picked up yesterday. I've actually read and returned most of the others already. 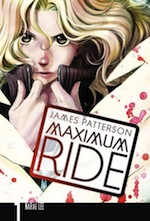 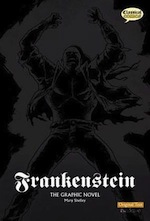 Foiled was ok--not bad, but not terribly exciting either.

The Amulet series is great--beautiful artwork and an emotional and suspenseful story line in a carefully crafted fantasy world.

I've always been curious about James Patterson's Maximum Ride series so I thought reading the graphic novel for the first installment would be a clever way to get a taste for it. I actually gave up on it. I liked the story premise from what I could gather of it so far, but I just couldn't get the hang of the text boxes or who was who. I think I'd be better off just reading the full length novel.

The final graphic novel I grabbed was Frankenstein. It was so gratifying to read Jane Eyre the Graphic Novel in original text format last month, that I just had to expose myself to another classic novel via it's graphic novel adaptation. I'll let you know how it goes when I get to it.

The Persian Pickle Club by Sandra Dallas
This was the March book selection for the Authors by the Alphabet Book Club. It's a book about close friendships among a group of women in rural Kansas who quilt together during the depression era. There's also a bit of a murder mystery in the story. You can read my review here.

Still Life with Husband by Lauren Fox
This is April's book selection for the Authors by the Alphabet Book Club. We skipped the letter 'E', which in theory doesn't bother me, because this book club is a fun way to explore new to me authors and genres, discuss books and meet new friends. But I have to admit I feel kind of uneasy about skipping letter 'E.'

Anyway, this pick is a contemporary women's fiction, I think likely chick-lit, which is fine by me. :) I'm looking forward to discussing this one with the group.

River Marked by Patricia Briggs
This is the sixth book in the Mercy Thompson urban fantasy series. I am a huge fan of this series and have been anticipating this book release for months. And then impatiently waiting for my turn on the holds list for the last few weeks. I can't wait to dive in!


I currently have books out from three different libraries... and before I picked up River Mark, I had a book on hold at each one, no less. Crossing my fingers they don't all come in at the same time, especially since they're all new releases that I can only borrow for two weeks and not renew if there's someone waiting after me. In that case, I'd better read fast!

Do you borrow from more than one library?


Do you have a particular method of keeping track of all your holds. borrowed books and due dates?
Posted by Christine at 9:19 AM